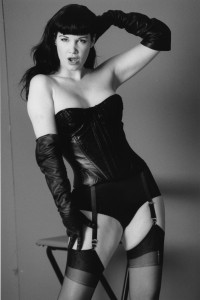 One major lesson I have learnt is that air sex is a much under-rated method of safer sex. Last night I attended the festival party – I don’t know what I was expecting, but this was not exactly it – however the highlight of the evening for me was the “air sex” competition. Basically, it’s like air guitar but with sex. Air sex allows you to totally use your imagination, act out fantasies and be an exhibitionist – with all your clothes on and with an appreciative audience watching.

The outright winner for me, and luckily for the jury also, was a man billed as Long John Silver (the jury was ably led by Courtney Trouble who always makes safer sex films, and who is more than qualified to judge the quality of the air sex). When he got on stage I did not expect much – frankly he looked kinda geeky and smartly dressed in contrast to the other contenders. But he stunned us as he gyrated to Johny Cash.

He was amazing and had the audience in the palm of his hand. The only way to have made it safer was if he had put on an imaginary condom before indulging in his extensive air sex performance. Air sex is a whole new range of safer sex possibilities I had never considered before… but will certainly consider again!