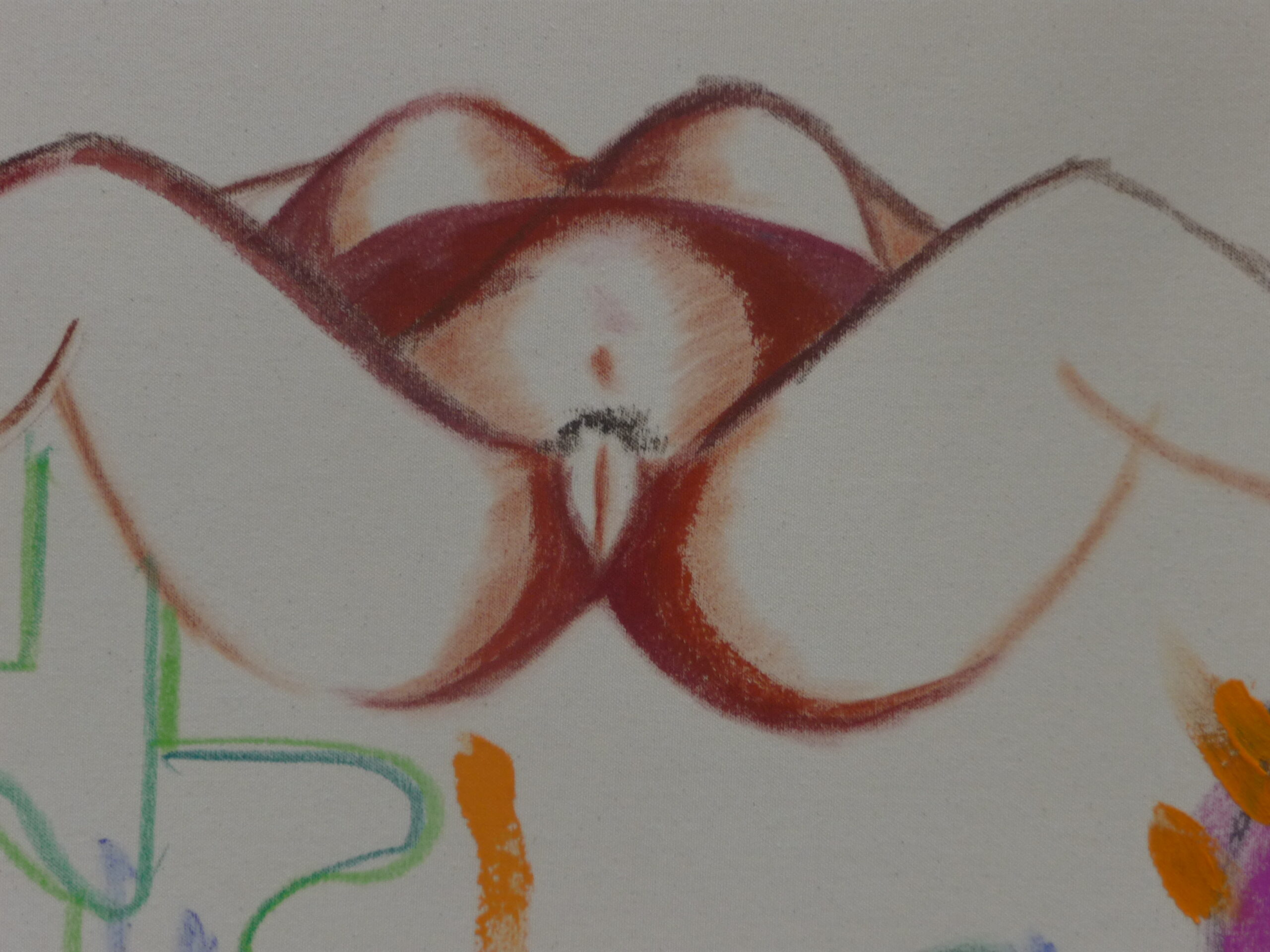 We were thrilled to see the news about the new book Gay Men draw Vaginas and really hope our coffee table can grace one soon. They do a pretty good job.We are not totally sure about the pineapple but we think its good. 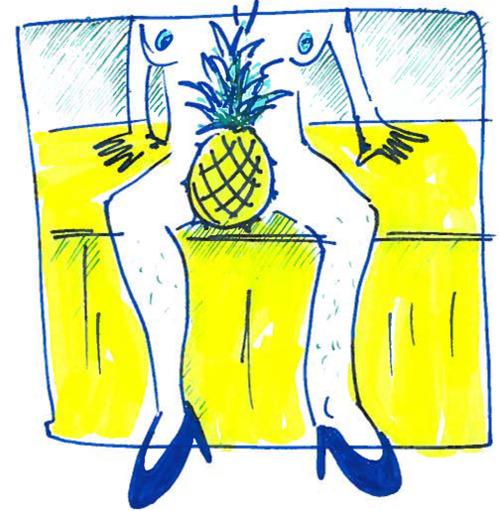 We were also THRILLED to hear them mention that they were inspired to draw vaginas on napkins when in a restaurant in Bangkok.

Could it? Would it ? Possibly be our GREAT WALL OF VAGINA event at fabulous Eat Me restaurant  in Bangkok 2004 Bangkok AIDS conference.

A rather special restaurant much favoured by our penis loving male friends. In fact we remember the restaurant owner telling the men that worked there on the night of the opening of the Great Wall of Vagina ‘ you think about cocks all the time, now have one night looked at vagina drawings‘. And us having to urge the rather surprisingly SHY gay boys  draw something they claimed they had never seen, inclduing the rather dashing Rupert Everett we might add. We said ‘ Well you saw one at least once’ so draw ‘your vision of one, or one you know well’

And they drew some lovely ones, some of which might be featured in our poster.. 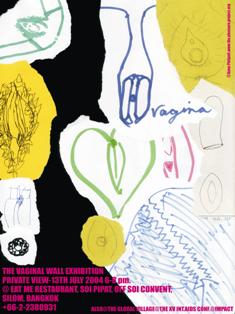 Well we are super chuffed that they might have been drawing vaginas since 2004 and we wish them all the best.

Our own Great Wall of VAGINA is a collection of drawings made by people affected by HIV, either those infected, those having safer sex, or risky sex, working with people having sex or being in some way part of the AIDS world. We collected them as part of condom promotion workshops, especially the female condom, in over 15 countries includnig China, Bangladesh, Mongolia, the UK, India, Thailand, Cambodia and Kenya,

We also were part of a large mobile mural project in India and we painted a large canvas as a as  a community in Delhi and watched it be sent off on a train across India.. 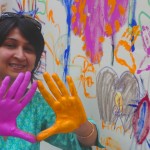 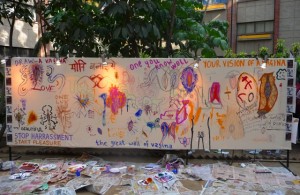