By anneOctober 21, 2009Sex in the News
No Comments 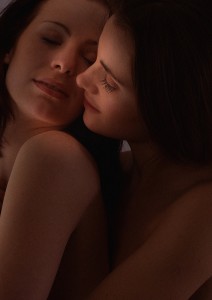 In the latest of the never-ending series of news articles about what women want, why they have sex, and what they want to get out of it, Newsweek brings us this jewel describing the findings of a new book Why Women Have Sex. Let’s just say that I hope the book is more insightful than the article.

The article describes how women have sex, believe it or not, for many different reasons. Unlike the stereotype that women have sex for love while men have sex for pleasure, the study authors found that women’s reasons for having sex were “complex”. But, not to worry, sexual pleasure still ranks at the top:

Yes, women have sex to get what they want—and they’re not always timid about it. Sometimes they do it for the emotional connection, but other times they simply want the release. (Physical pleasure and attraction, say the authors, are still the most common reasons women say they have sex.) Women are not always pure, not always transparent—and that’s OK.

Forgive me for being a bit cynical, but is it really news that women have sex for different reasons? Well, maybe it is. I think we all know that the reasons for having sex are as numerous as the circumstances in which people have it, but cultural stereotypes and ideals remain slow to pick this up. Maybe it does take a five-year, 1000-participant study to convince Americans that sex can be a very diverse experience. Maybe that can help change the taboos around openly and honestly discussing sex in North America; every little bit helps!