Is it just me, or are condoms getting sexier?

On a recent trip to the Condomerie, I couldn’t help but think that the world of pleasurable condoms had exploded while I was under the sheets somewhere, always buying the same trusty variety. While I recently posted about condom design innovations, that article was just the tip of the iceberg. 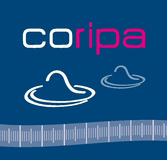 While I once had mourned the fact that TheyFit stopped (indefinitely?) producing custom-sized condoms, I was delighted to find that someone has stepped in to fulfill the need for condoms that come in many sizes so you can find the one that feels the best. The new brand is called Coripa, and they boast 55 different condom sizes  to fit anyone’s needs. Similar to the TheyFit, you first print off a pattern, take your measurements, and order accordingly. Brilliant. While Coripa is based in Germany and their listing of retailers looks rather limited, the folks at the Condomerie will ship condoms to you anywhere in the world. 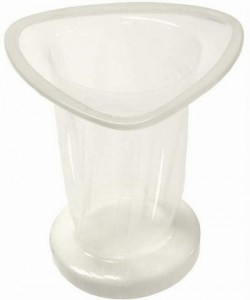 But wait, that’s not it! There were also a plethora of new shapes in condoms, something I had just begun seeing recently. To start with, the VA w.o.w female condom recently become available (as mentioned in a previous post) and the FC2 – a newer, cheaper, more comfortable version of Female Health Company’s original female condom – is also replacing the FC1 in many stores (yes, in the Netherlands, they sell female condoms in many stores!).

Alongside of that there has been a veritable explosion of new shapes of male condoms. No longer are we limited to the “ribs and bumps,” which I personally find ineffective. After complaining about the lack of extra stimulation created by these features to a friend, she commented that she felt the same way: “I was originally thinking more like ‘corrugated‘ style but regrettably, that isn’t the case.” While I have unfortunately not yet seen a corrugated condom, there are some new things out there that are worth taking a look at.

An article on RipnRoll.com describes this as “The New Condom Revolution.” While the historical details in the article might not be entirely accurate (for instance, it was not the New York Times who called Dr. Reddy the “Leonardo da Vinci of condoms,” but rather someone quoted in the NYT article) the descriptions of new condom innovations are worth checking out. They range from thinner condoms to different materials – like polyurethane and polyisoprene – to new shapes – like the “dolphin,” the “inspiral,” and the “pouch” design, which has been adopted by a variety of brands. 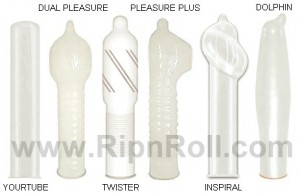 Condomania provides an overview of two theories on how condoms can be the most pleasurable, and also gives a list of pleasure-shaped condoms available in the US:

There are two basic theories about how to get the best most sensual experience with a condom. One theory holds that a condoms should be designed to be form fitting and made of the thinnest latex available to accentuate intimacy. An example of this type of condom would be the Crown Skinless Skin which has about the thinnest latex available for sale in the United States.

The other theory in condom design for how to get the best experience is to remove, as much as possible, the constricting qualities of wearing latex. […] The looser fit allows the nerve endings to remain receptive, unlike traditional condoms which may deaden nerve endings with their tighter fit.

Ultimately, it’s up to you and your partner to decide what feels best. But it’s absolutely wonderful that the variety and features of male condoms has expanded so much, and I hope that with the increasing competition in the market for female condoms we will see the same trend there.

As a final note, remember that if you don’t have a condom shop nearby you that’s as brilliant as the Condomerie, you may need to look online to take advantage of these new innovations. Most websites where you can buy condoms ship and bill discreetly, so you don’t need to worry about your neighbor, mother, or landlord seeing them in the post box.