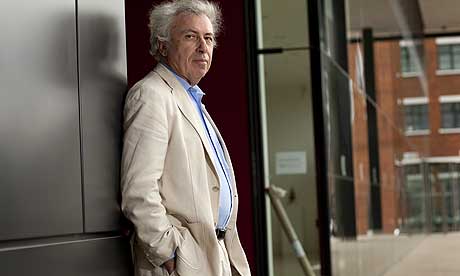 There’s nothing more exciting than combining sex and intelligence, and this story promises them both. David Levy, who is known for his pioneering work on Artificial Intelligence, first in relation to chess programs and now in conversational programs, is apparently now interested in expanding his scope to sex robots. I need to meet this man.

Having sex with robots is, from a public health perspective, a very low-risk activity. Yes, robots can get viruses, but these aren’t transferable and only cause health risks to humans when it leads their robot companions to take over the world.

Plus, these robots are charming. Take a look at this excerpt from a conversation between a human and a program that Levy designed:

Judge-3: What do you do when you’re not doing the Loebner prize?
Do-Much-More: Oh, I do much more than I intended to do at first. I got more interested in the job as I went along.
Judge-3: Is that difficult?
Do-Much-More: No, it isn’t at all difficult. It is as peaceful as a platypus playing with a potato pudding.

If this judge knew Wendy, they would’ve surely voted that Do-Much-More was human. That kind of alliteration is exactly what I’d like to hear in bed.

When Levy isn’t busy programing robots to have human-like conversations or theorizing about the future of the sex industry, he apparently keeps himself busy writing books – most of which are analyses of chess games, but some seem a bit more accessible to the general (sexy) public, like Love and Sex with Robots. This was the commercial product of  PhD research at the University of Maastricht. Anything is possible in the Netherlands. I can’t find any references to where Levy is living now, but if I run into him on the street when I’m in Maastricht at the end of the month, I will definitely try to procure an interview. Because who doesn’t want to have a chat with a man who is one of the leading experts in the world on sex robots?? He observes:

“The state of the art is only a little further advanced than the Real Dolls of this world. There’s a Japanese company that has a product called HoneyDoll, which has some electronic sensors. If the man strokes the nipples in the right way, the doll can make orgasmic sounds … There’s also an engineer in Germany, Michael Harriman, who has developed a doll that has heating elements so most of the body is warm, apart from the feet.”

(And thanks to Jim for both finding the article and coming up with the cheap double-entendre.)