Safer sex: Why I’ve been at it

And now a quick post from Arushi our travelling expert….

Here I am, feverishly tapping out this blog in between trips. The past five months have seen me at home only for a few days at a time, while I have been going from one place to another, either for work or pleasure. As a result, this much delayed and long promised blog is combining a number of different threads that The Pleasure Project has been involved in. But mostly, it’s about condoms.

It all started in May when an an article in the guardian laid out the reasons behind people in their twenties and thirties using withdrawal instead of condoms or other, more reliable, contraceptive methods. It seemed like all the respondents for this article were dissing condoms for several reasons while using withdrawal or nothing as contraception! Some of the negatives against condoms were that they were funny, disgusting, awkward, or made sex seem premeditated. Strangely enough, these are all terms that I associate with awesome sex! I’m not a big fan of pulling out – it interrupts the sex act like nothing else does! Spontaneity goes for a toss if you’re using the rhythm method because you can’t have sex on certain days if you don’t want to get pregnant, no matter how horny you might be feeling. 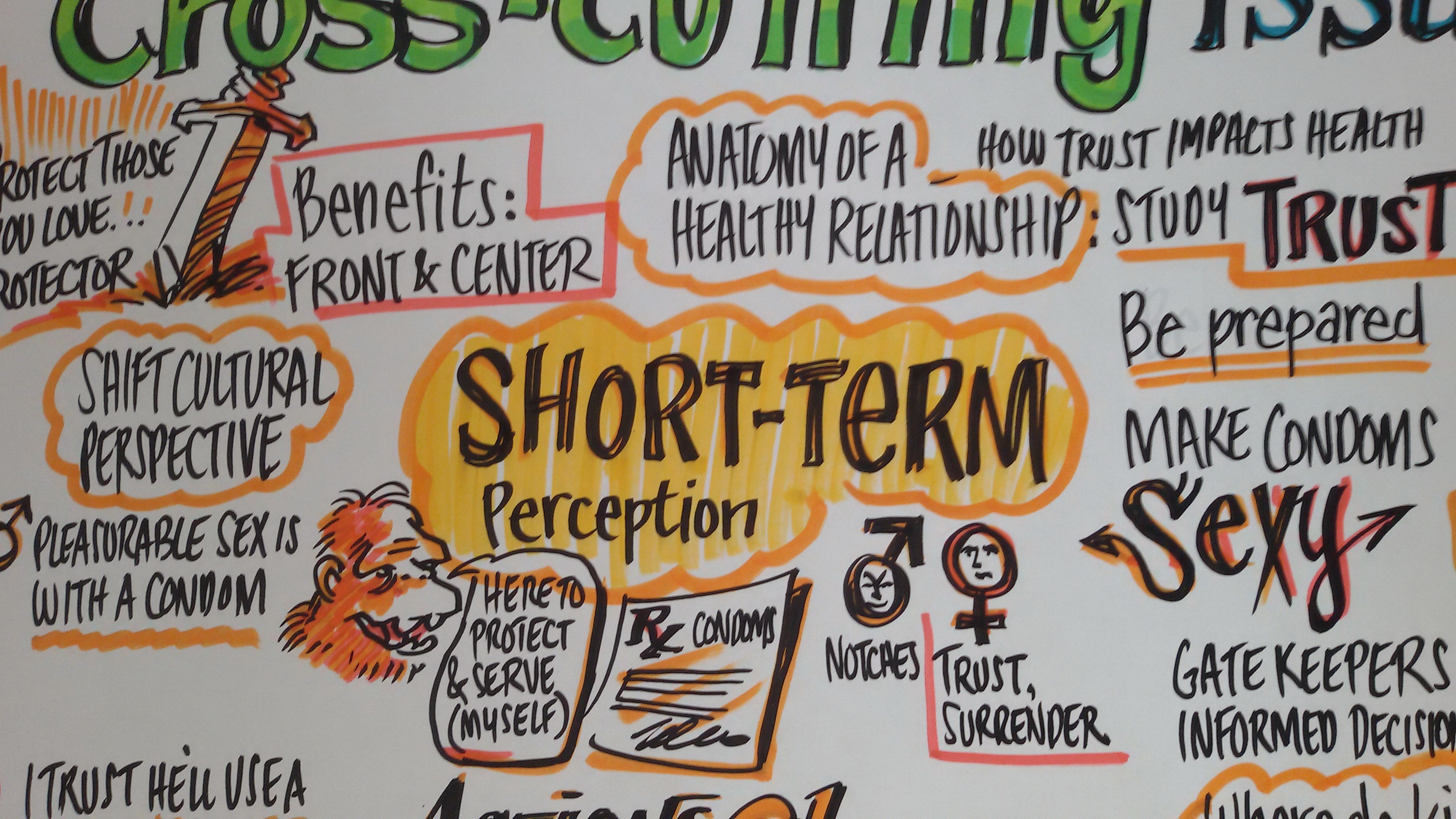 Real Me Use Condoms?

This lack of language or ability to bring up condoms holds true for younger people as well. The Pleasure Project was invited in June to a consultation on the emotional and social factors that affect the use of condoms among young people. The Johns Hopkins University Center for Communication Programs had done a literature review on this and invited us to share our experiences on it. They wanted to discuss how we could re-position condoms for adolescents. Expert Consultation on condom use

Among the main issues that came out through the literature review on social and emotional factors affecting condom use among young people, trust and pleasure were high on the list. And both of these are related to conversation – having the right language, as well as discussing these issues at length with one’s partner(s) are critical to ensuring safer sexual experiences that are also intensely pleasurable.

Condoms are just another object we use in our love-making – people use sex toys, fetish objects like food, scat, whips and chains, among other things. But the public health world seems to have succeeded in associating them with risk and disease so much that they no longer fit with people’s idea of sexual pleasure. And of course, if I trust my partner, then why would I need to use condoms with them? (For your information, I’ve been with my trustworthy partner for 11 years and we have always used condoms – happily and with pleasure! We just don’t need to think about it at all – it comes naturally and both of us always have them handy, for when we get hot. Condoms are a part of the household grocery list, can’t run out of milk, coffee and condoms!)

One of my criticisms of the approach towards measuring the success of a public health programme is the obsession with counting the numbers of condoms rolled down penises. This, in my opinion, perpetuates the penis-in-vagina norm – as though that’s the only kind of sex, or what counts as ‘real’ sex, when there are myriad other ways of getting pleasure and which are also safer. Until public health professionals (and donors) don’t lose their inhibitions and talk about sex in the context of sexual pleasure instead of disease, they will not be able to achieve health outcomes effectively and instead have the danger of perpetuating harmful stereotypes around sex.

So this is only the first instalment of my travels around the world, talking sex, pleasure and condoms! Watch this space for some sensuality and food, and many more things! 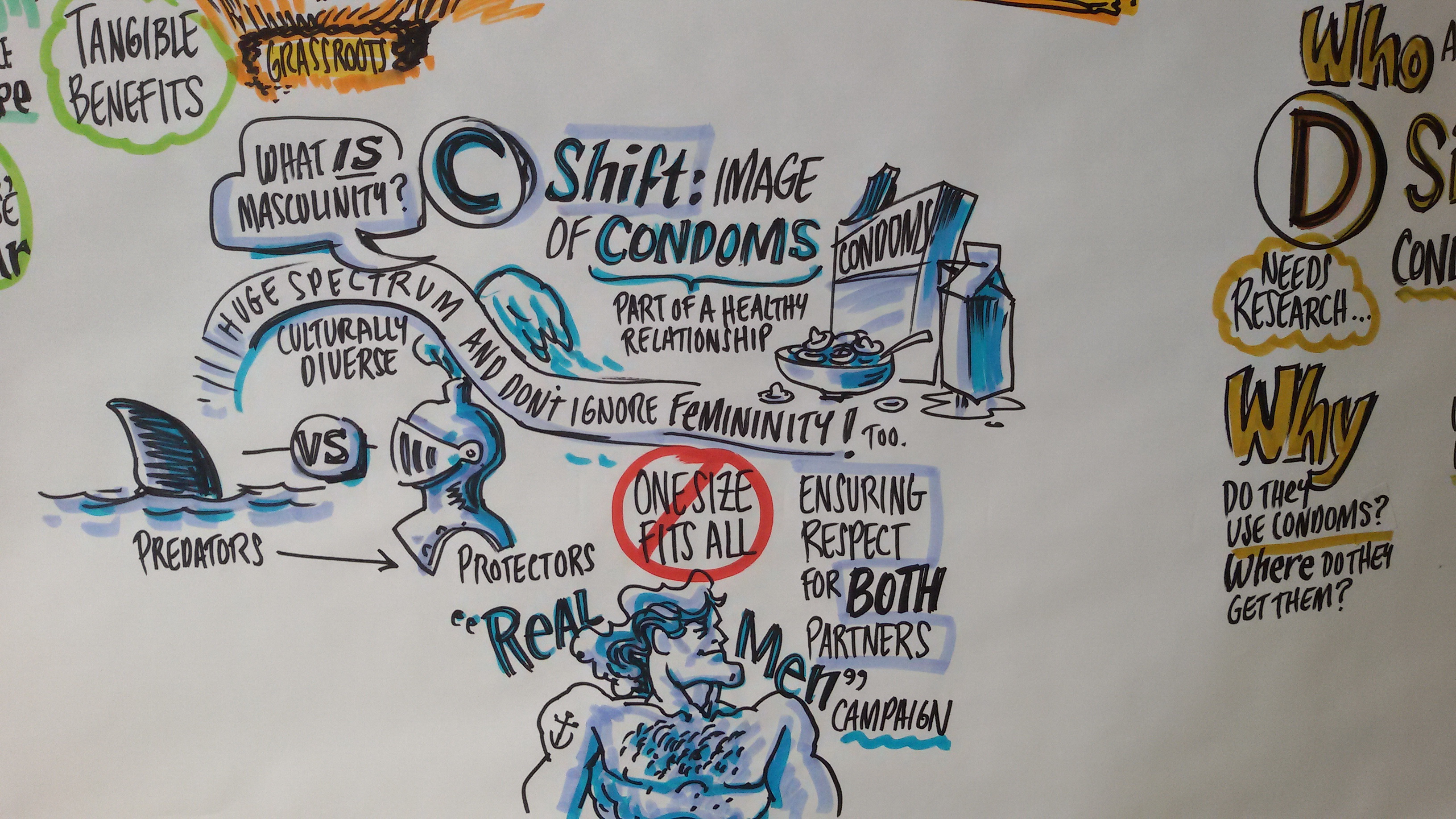 Real Me Use Condoms? The note taker at the US Condoms meetings