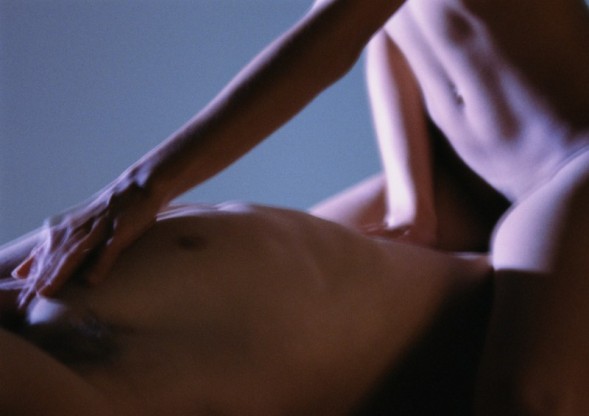 Done planning? Get ready for pleasure!

We were at a conference in January where they talked about MAGs who are uptakers, delayers, or switchers. Any guesses what this refers to? It’s just teenagers who have sex! Yup! We were at the International Conference on Family Planning in Bali and we thought it was time to wake the family planning community up and help them smell the sex in the air. 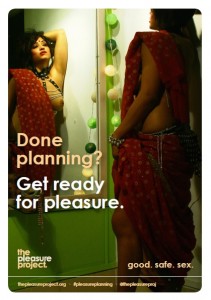 Our funky poster at the ICFP2016

Because when we talk of married adolescent girls (yes, the very same MAGs), we need to remember that they are engaging in sex that may not be consensual, pleasurable, or safe. So rather than focusing only on their ‘uptake’ of family planning, or when they ‘switch’ their contraceptive methods, or whether the reason for using contraception is ‘spacing’ between births, if we also focused on their sexual wellbeing, provided them and their spouses with sex-positive education that helps them develop mutually respectful, loving relationships, we may be contributing significantly to these young girls’ lives and addressing their realities. After all, we know that a majority of married adolescent girls’ experience of sex within marriage is violent, scary, and unwanted.

A study in northern Ethiopia revealed that 81% of child brides interviewed described their sexual initiation as forced. In India, they were 3 times as likely to report being forced to have sex than girls who married later. Studies have also found that child brides typically continue to experience non-consensual sex throughout their marriage. 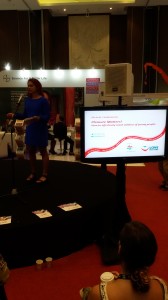 Our friends at Love Matters were running their #pleasurematters campaign and there were some sexy condoms available with free coffee! 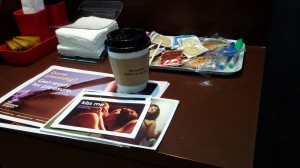 Our guerrilla campaign was appreciated by a number of people at the conference. 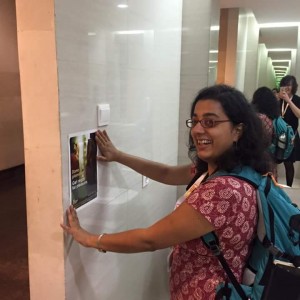 Arushi adds some points of interest to the women’s loo 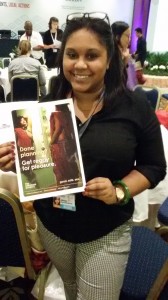 We came across words like ‘coitally’ dependent and cringed. 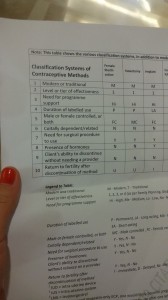 At a panel on rights and contraception, the panelists made the point that just focusing on supply chains, or providing a good method mix, or provider training, or even all three combined is not enough. There are all the gender and sexual norms that also need to be overcome. This includes those that perpetuate child marriage, violence against girls and young women, and silence and negative attitudes around sex and sexuality.

Bill Ryerson of the Population Media Centre spoke about conformism – where people are driven more than anything to fit in, to be the norm. So how do we make the norm positive, i.e. that sex is fun, enjoyable, something in your control and under your agency to make it safe? DKT is obviously doing a good job of that with brands like No Yawa, Lydia and Kiss in Ghana and the accompanying advertising (yes, the very same who gave us a prize!).

We are constantly talking about uptake of contraception as success, which is fine, but there is too much emphasis on the numbers – what about the voices and desires of the “MAGs”? Considering they are known to lose their social networks and be disadvantaged in so many other ways! Are we seeing “MAGs” as spacers, delayers, switchers, uptakers, and / or victims? They are human beings with human rights! We need to provide information not only on the method mix but also talk about sex. These girls were most likely expected to be asexual till they were married at which point they would be transformed overnight into sexually active women.

We were overjoyed that Carol Larson, President of the Packard Foundation said that young people are not thinking about family planning necessarily but about sexual enjoyment and pleasure. And we are doubly overjoyed to be on our way next month to Women Deliver to sexy it all up again in the women’s rights and public health world. Watch this space for more info! 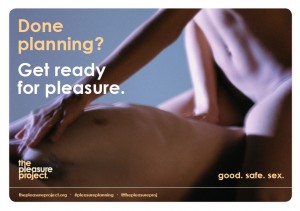