The 10th  International Congress on AIDS in Asia and the Pacific is happening right now in Busan, Korea. On behalf of The Pleasure Project, our brave reporter Revati  is on the hunt for good safe sex or any mention of pleasure in sex education at the conference.

The focus of the conference over the first two days has been on the protests around free trade agreements. A peaceful protest turned bad when the BEXCO (venue) security tried to disrupt the protest and when they couldn’t do it alone, they called the local police as back up. A few people were injured and two were taken to hospital. The conference organisers  issued an official  statement and apology for what happened yesterday  but attendees are worried about – what will happen to the local LGBT groups after the conference. In the aftermath it seems like the Korean LGBT groups were organising the protest and were of the impression that the conference itself was organised by some arm of the government.
*
So this has been the main conversation at the conference. Discussions of  pleasure are non existent. However in one plenary, YouthLead, promisingly  spoke about how to develop a new generation of young activists.  But pleasure got lost in  language on comprehensive sex education : which could and should also mean pleasure.
*
But I’m looking forward to two sessions that look more  “out of the box”. One called  “Simple pleasures: getting on with it again (living longer with HIV)”  and one about HIV alternatives.  Maybe they will tackle the importance of talking about pleasure and desire and sex. Which are still the stigmatised topics at an AIDS conference.
*
There are condoms being distributed – both male and female but no lubes to be seen anywhere. When asked, where are the lubes, everyone nodded in agreement saying yes its needed but they couldn’t get any!
*
So I’ll keep on hunting for any pleasure and safer sex discussions and let you know… 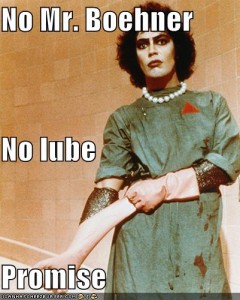